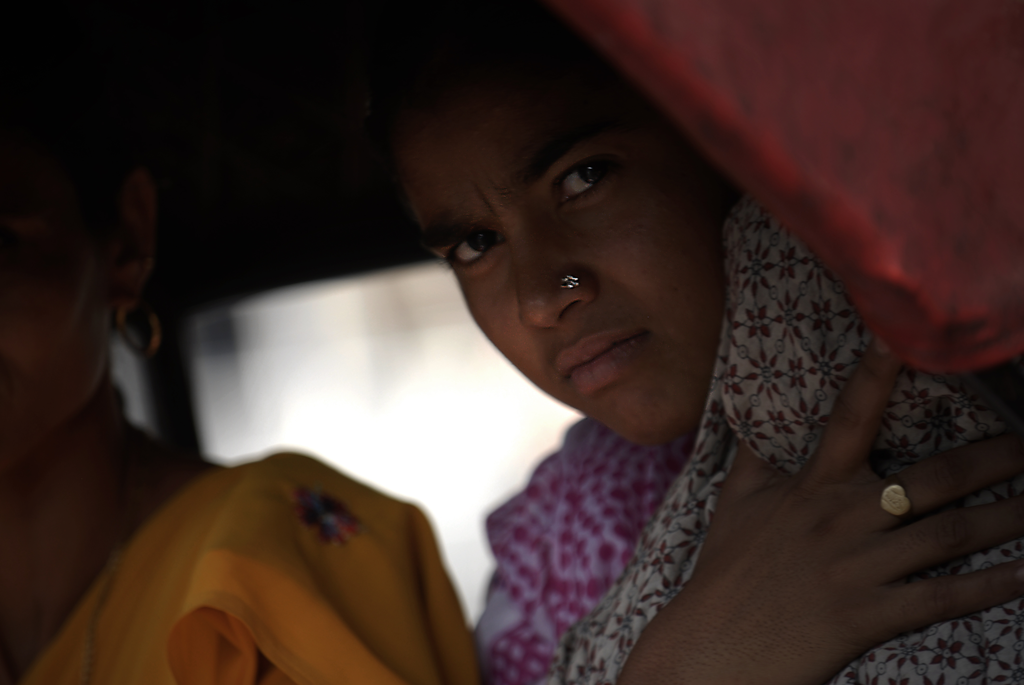 Today, health groups are working toward wiping out polio throughout the world, and much progress has been made. But several countries still have polio circulating like in India and polio is a problem that cannot be ignored. This photo is an archive photo and is not directly related to the theme.

With his pictures of polio disease in India, Kristian Bertel strives to change our usual view of portraits. Through an intimate and honest angle of human and culture the polio pictures from India embraces humanity and diversities. 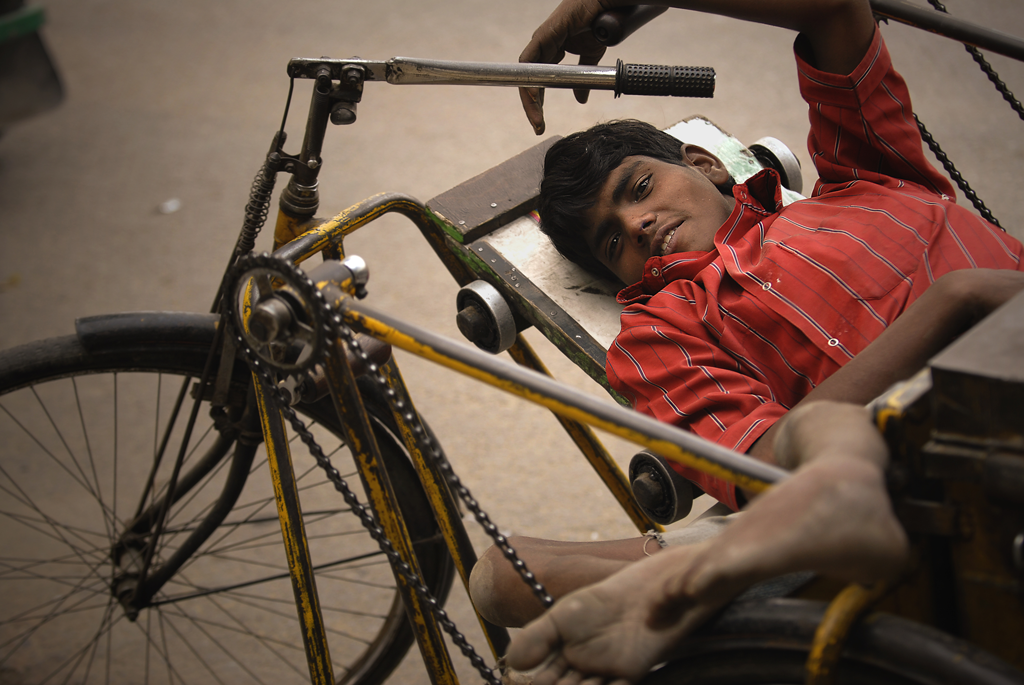 Children whose legs are paralysed by polio today often require crutches, special braces or wheelchairs in order to move around. Although the acute illness usually lasts less than two weeks, damage to the nerves could last a lifetime. In the past, some patients with polio never regained full use of their limbs, which would appear withered. Those who did fully recover might go on to develop post-polio syndrome, also called PPS as many as thirty to forty years after contracting polio. In PPS, the damage done to the nerves during the disease causes an acceleration of the normal, gradual weakness due to aging

Categories of polio and their symptoms
Polio is a viral illness that, in about ninetyfive percent of cases, actually produces no symptoms at all called asymptomatic polio. In the four to eight percent of cases in which there are symptoms called symptomatic polio, the illness appears in three forms. The first category is a mild form called abortive polio that most people with this type may not even suspect they have it because their sickness is limited to mild flu-like symptoms such as mild upper respiratory infection, diarrhea, fever, sore throat, and a general feeling of being ill. The second category is a more serious form associated with aseptic meningitis called nonparalytic polio, one to five percent show neurological symptoms such as sensitivity to light and neck stiffness. And then we have the third category which is a severe, debilitating form called paralytic polio which occurs in zero point one to two peercent of cases. People who have abortive polio or nonparalytic polio usually make a full recovery. However, paralytic polio, as its name implies, causes muscle paralysis and can even result in death.

In paralytic polio, the virus leaves the intestinal tract and enters the bloodstream, attacking the nerves in abortive or asymptomatic polio, the virus usually does not get past the intestinal tract. The virus may affect the nerves governing the muscles in the limbs and the muscles necessary for breathing, causing respiratory difficulty and paralysis of the arms and legs. Polio is transmitted primarily through the ingestion of material contaminated with the virus found in stool, poop. Not washing hands after using the bathroom and drinking contaminated water were common culprits in the transmission of the disease. 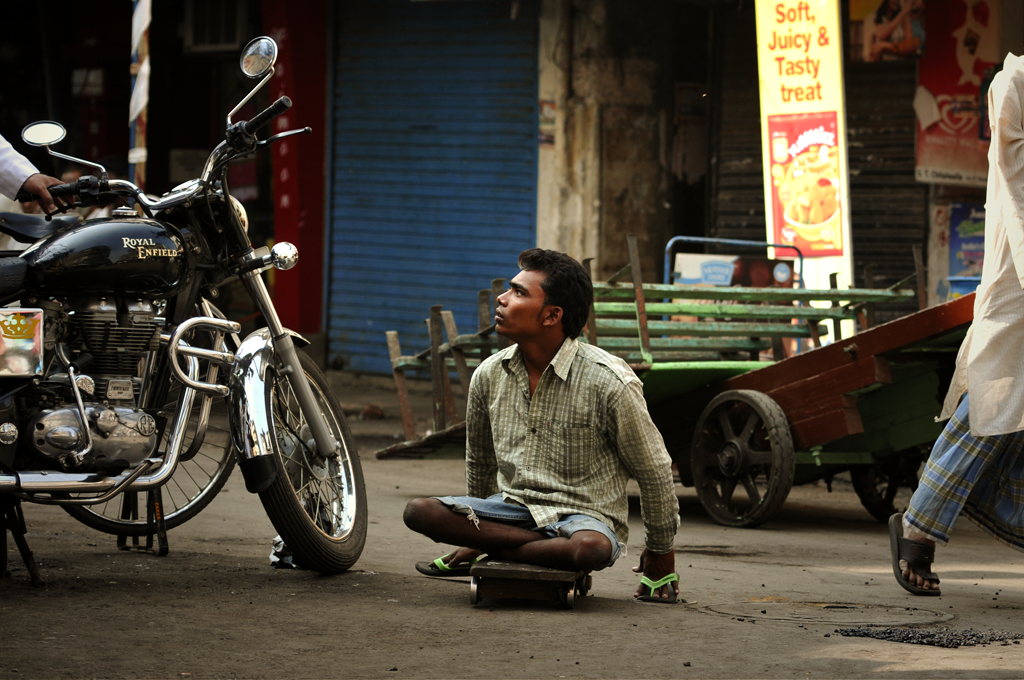 Residual complications of paralytic polio often occur following the initial recovery process. Muscle paresis and paralysis can sometimes result in skeletal deformities, tightening of the joints and movement disability. Once the muscles in the limb become flaccid, they may interfere with the function of other muscles. A typical manifestation of this problem is equinus foot, similar to club foot. This deformity develops when the muscles that pull the toes downward are working, but those that pull it upward are not, and the foot naturally tends to drop toward the ground. If the problem is left untreated, the achilles tendons at the back of the foot retract and the foot cannot take on a normal position. Polio victims that develop equinus foot cannot walk properly because they cannot put their heel on the ground. A similar situation can develop if the arms become paralyzed. In some cases the growth of an affected leg is slowed by polio, while the other leg continues to grow normally. The result is that one leg is shorter than the other and the person limps and leans to one side, in turn leading to deformities of the spine.

Prevention of polio
By 1964, the oral polio vaccine, called OPV had become the recommended vaccine. OPV allowed large populations to be immunized because it was easy to administer, and it provided 'contact' immunization, which means that an unimmunized person who came in contact with a recently immunized child might become immune, too. The problem with OPV was that, in very rare cases, paralytic polio could develop either in immunized children or in those who came in contact with them. Since 1979, when wild polio was eliminated in the United States, the approximately ten cases per year of polio seen in this country were traced to OPV. IPV is a vaccine that stimulates the immune system of the body through production of antibodies to fight the virus if it comes in contact with it. IPV cannot cause polio. 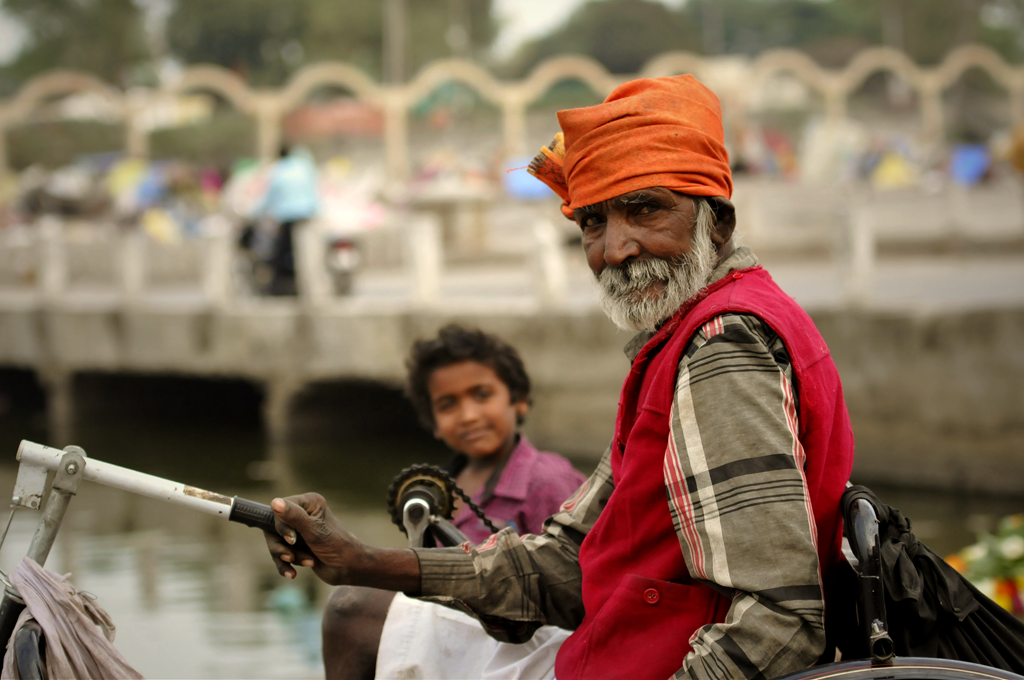 Factors that increase the risk of polio infection or affect the severity of the disease include immune deficiency, malnutrition, physical activity immediately following the onset of paralysis, skeletal muscle injury due to injection of vaccines or therapeutic agents and pregnancy. Although the virus can cross the maternal-fetal barrier during pregnancy, the fetus does not appear to be affected by either maternal infection or polio vaccination. Maternal antibodies also cross the placenta, providing passive immunity that protects the infant from polio infection during the first few months of life.

Duration and treatment of polio
Although the acute illness usually lasts less than two weeks, damage to the nerves could last a lifetime. In the past, some patients with polio never regained full use of their limbs, which would appear withered. Those who did fully recover might go on to develop post-polio syndrome, also known as PPS, as many as thirty to forty years after contracting polio. In PPS, the damage done to the nerves during the disease causes an acceleration of the normal, gradual weakness due to aging. During the height of the polio epidemic, the standard treatment involved placing a patient with paralysis of the breathing muscles in an 'iron lung' which is a large machine that actually pushed and pulled the chest muscles to make them work. The damaged limbs were often kept immobilized because of the confinement of the iron lung. In countries where polio is still a concern, ventilators and some iron lungs are still used. Historically, home treatment for paralytic polio and abortive polio with neurological symptoms was not sufficient. However, asymptomatic and mild cases of abortive polio with no neurological symptoms were usually treated like the flu, with plenty of fluids and bed rest. 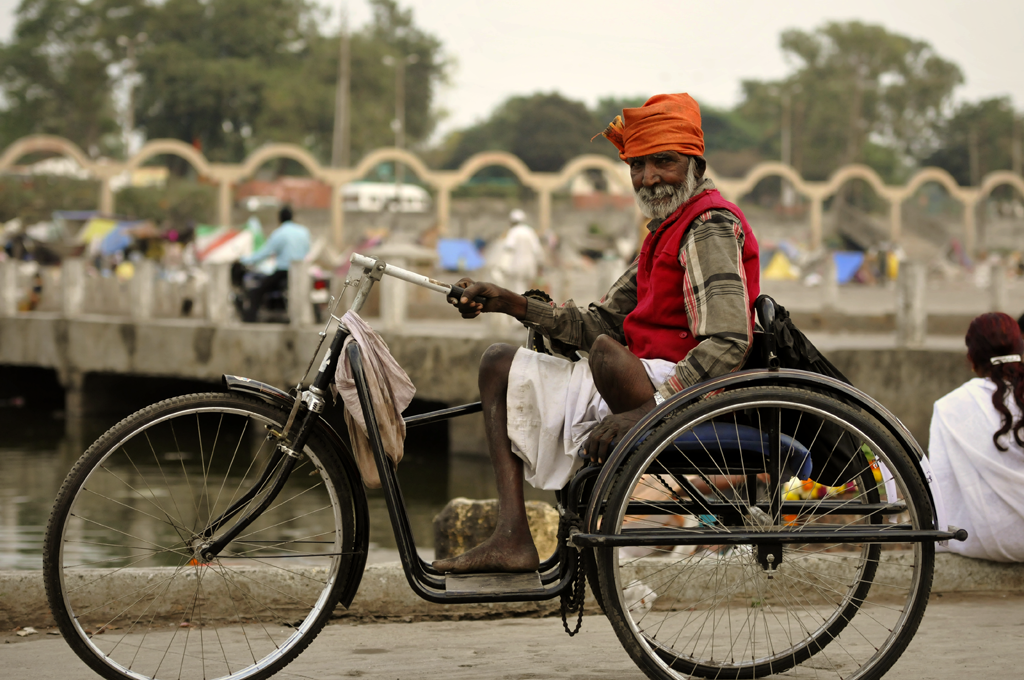 Poliomyelitis is highly contagious via the fecal-oral and the oral-oral routes. In endemic areas, wild polioviruses can infect virtually the entire human population. It is seasonal in temperate climates, with peak transmission occurring in summer and autumn. These seasonal differences are far less pronounced in tropical areas.

The future of polio
Before the 20th century, polio infections were rarely seen in infants before six months of age, most cases occurring in children six months to four years of age. Poorer sanitation of the time resulted in a constant exposure to the virus, which enhanced a natural immunity within the population. In developed countries during the late 19th and early 20th centuries, improvements were made in community sanitation, including better sewage disposal and clean water supplies. These changes drastically increased the proportion of children and adults at risk of paralytic polio infection, by reducing childhood exposure and immunity to the disease. enters the central nervous system in about one percent of infections. Most patients with CNS involvement develop nonparalytic aseptic meningitis, with symptoms of headache, neck, back, abdominal and extremity pain, fever, vomiting, lethargy, and irritability. About one to five in 1000 cases progress to paralytic disease, in which the muscles become weak, floppy and poorly controlled, and, finally, completely paralyzed, this condition is known as acute flaccid paralysis. Depending on the site of paralysis, paralytic poliomyelitis is classified as spinal, bulbar, or bulbospinal. Encephalitis, an infection of the brain tissue itself, can occur in rare cases, and is usually restricted to infants. It is characterized by confusion, changes in mental status, headaches, fever, and, less commonly, seizures and spastic paralysis. As a precaution against infection, public swimming pools were often closed in affected areas during poliomyelitis epidemics.

Today, health groups are working toward wiping out polio throughout the world, and much progress has been made. But several countries still have polio circulating, which means that the virus could occur in others. If the polio virus reaches a country where not enough people have been immunized, it could spread from person to person, as has happened in some countries in Africa and Asia. So until it has been eliminated worldwide, it is important to continue vaccinating kids against polio. 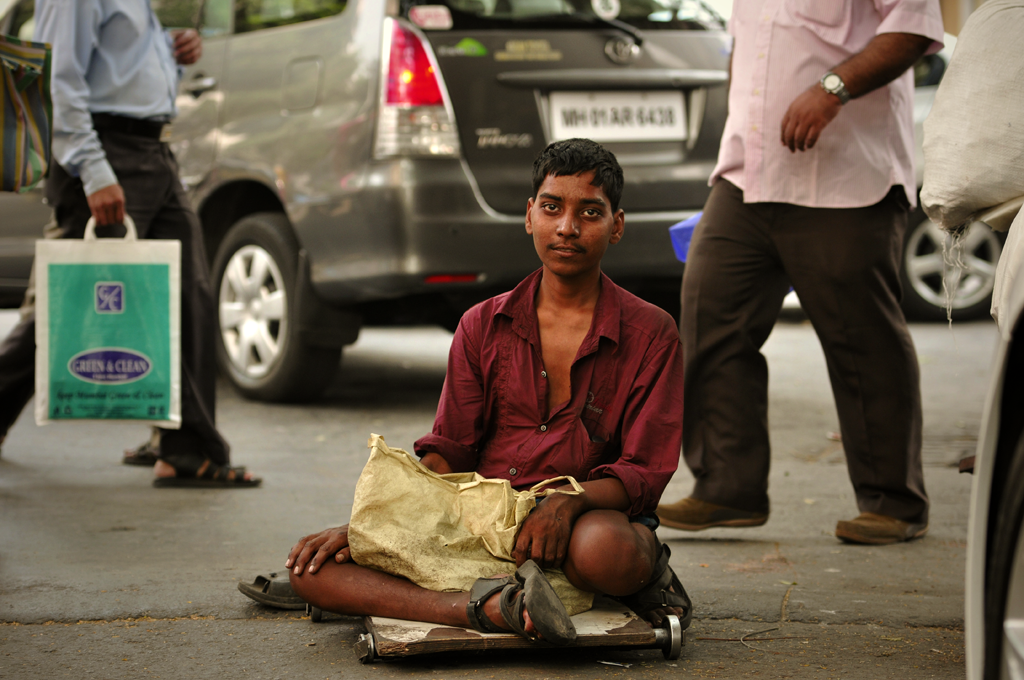 There is no cure for polio. One in 200 infections leads to irreversible paralysis, usually in the legs. Amongst those paralysed, five to ten percent die when their breathing muscles become immobilized. The focus of modern treatment has been on providing relief of symptoms, speeding recovery and preventing complications. Supportive measures include antibiotics to prevent infections in weakened muscles, analgesics for pain, moderate exercise and a nutritious diet. Treatment of polio often requires long-term rehabilitation, including occupational therapy, physical therapy, braces, corrective shoes and, in some cases, with surgery.

Compelling visual narratives with photos of polio in India
Kristian Bertel is a documentary photographer who creates compelling visual narratives exploring the life in India. He is particularly interested in telling stories about the everyday life in India. His many slideshows depict the daily life of the many people from Idia he has met on his way. "- I find it interesting to photograph and produce images, stories and slideshow for use in outreach, education and local empowerment", he says. He works as a photographer and he is available for editorial assignments all over Europe, Asia, Africa and in the Middle East.
For further information and inquiries please:
Contact the photographer

Posted by Photographing the Polio Disease in India | Imagery by Kristian Bertel - Photos ...